I've managed to get some time in on this project recently and it is now at a point where almost all of the functionality of the original interface is present and the app generates sound using the same DSP chain. The interface currently looks like this, but will most likely change a lot over the course of development! 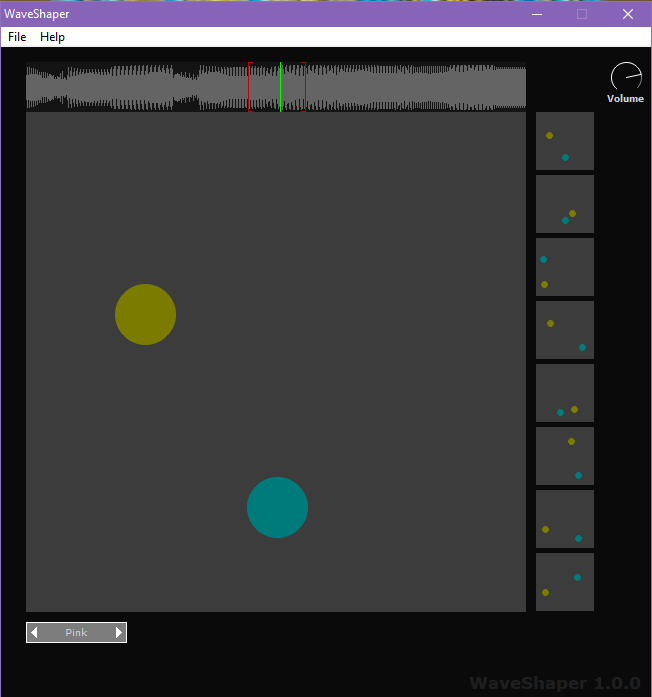 I'm still debating whether or not to include the Play/Pause button that was present in the iOS version. I'm not convinced that it makes much sense in the context of an audio plugin. So I'm considering adding ADSR parameters and using MIDI notes to trigger sound generation, which I think could be interesting if the MIDI note number influences some aspect of the sound other than just on/off.