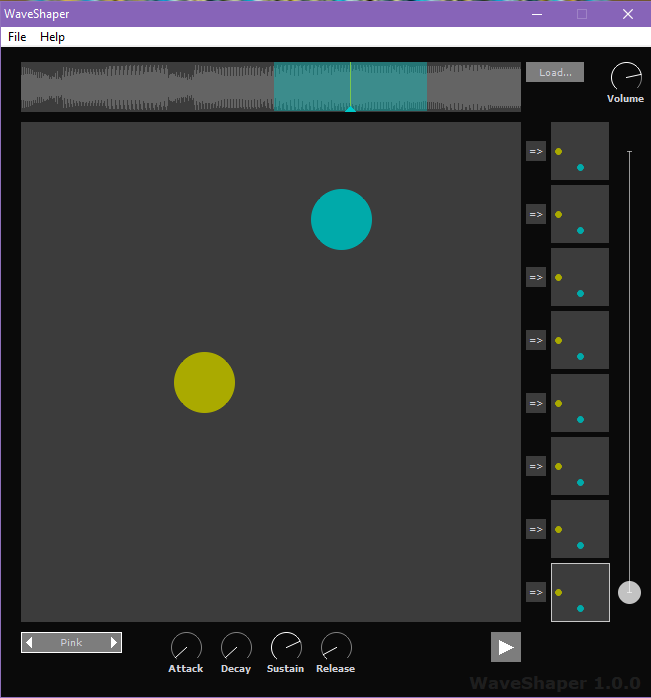 I haven't had much time to work on this in the last couple weeks, but here's little progress report:

I added MIDI support so that WaveShaper won't continuously make sound, instead you send it MIDI note messages. As long as a note is held down, the sound will continue to play. The ADSR knobs control how the sound is faded in and faded out. I've also added a Play/Stop button to make it easier to generate sound in the Standalone, since not everyone has a MIDI keyboard handy.

The slider just to the right of all the XY control snapshots can be used to blend between two adjacent snapshots and there are now dedicated buttons for updating a snapshot with the current positions of the control points in the XY control area, rather than using right-click.

The visualization of the portion of the loaded audio that is being used in sound generation has been updated to look a bit nicer and the colors now show which control point in the XY control effect the different parts of it.

That "Load..." button can be used to replace the existing audio with a file from disk. I'm using libsndfile for loading audio files, so there's quite a wide range of formats supported.